Get in touch
contact@delta-h2020.eu
Login
or create an account

Joint workshop round up - DELTA and eDREAM projects

Joint workshop round up – DELTA and eDREAM projects 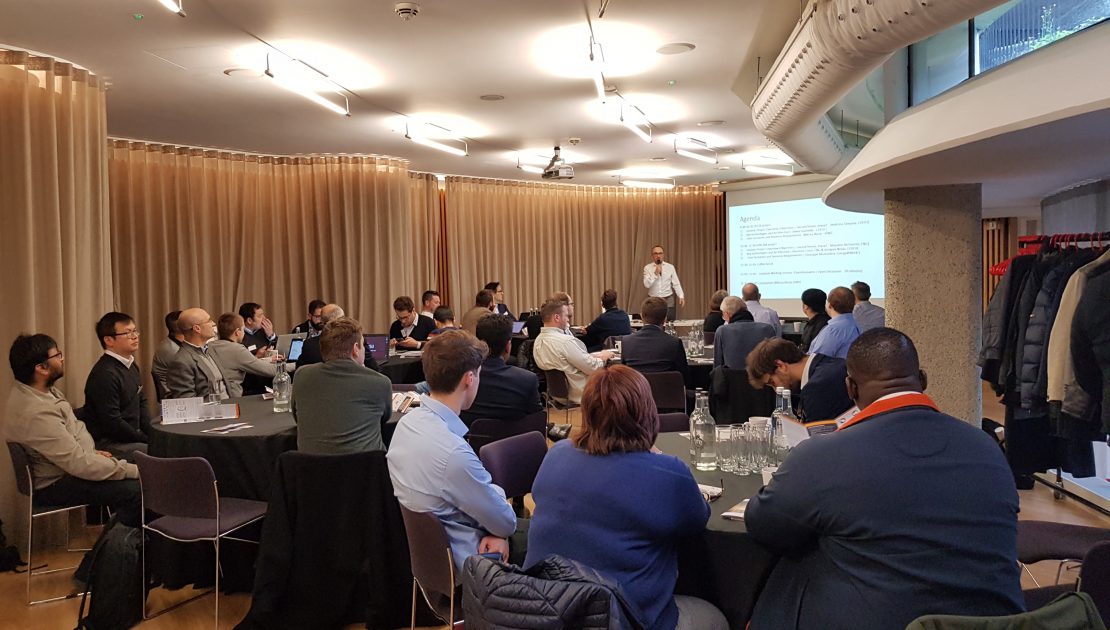 The end of November saw the coming together of two Horizon 2020 funded projects to present their ideas, innovations and progress. DELTA and eDREAM were joined by over 40 interested stakeholders on November 26th in the Museum of London for a workshop where knowledge transfer and discussion were top of the agenda. Grid operators, local authorities, DSOs and power companies were among the attendees there to gain an insight into both projects.

The Museum of London displays the progress the United Kingdom’s capital city has made to become the financial and cultural powerhouse it is today. The venue offered a fitting reminder of what can be achieved through collaboration. The surrounding skyscrapers home to finance and technology heavyweights were a constant reminder of the power of innovation and new ideas.

Both DELTA and eDREAM share quite a few common elements. Both projects have the Centre for Research and Technology-Hellas (CERTH) and KiWi Power as project partners, both are concerned with progressing what demand response can do for the energy sector, both see the potential value blockchain technology can offer energy users and both, perhaps most importantly, are committed to engaging with stakeholders and establishing impactful two-way communication.

The day started with some networking time for the attendees before the presentations from DELTA and eDREAM began. Both projects offered an interesting contrast as the day unfolded, with eDREAM and DELTA at slightly different stages of their life-cycle. For DELTA, the workshop was an opportunity to display our early progress and focused on:

For eDREAM, aside from giving an overview of the project, they were able to discuss some of the key innovations which have been progressed over the last 11 months:

After the delivery of the presentations there was opportunity for some further networking before an open discussion session. This open format was one of the most important elements of the joint workshop, allowing attendees to ask the questions which mattered to them. Feedback was positive and a lively discussion followed, with the strengths of each project on show. What was particularly encouraging was the appreciation from many stakeholders of the potential of digitalization in all levels of the energy market. With both projects having blockchain technology as integral elements of their innovation, the opportunity to discuss wider digital trends was hugely important for two forward-looking projects.

It is hoped that this first joint-workshop between DELTA and eDREAM certainly will not be the last. The feedback and value of the discussion has encouraged the projects to look into holding further update workshops, to build on the material already covered and to act as informal progress reports for interested stakeholders.

Keep track of DELTA activities by following their Twitter here.